Kim Sankey is competing in the World Pilot Gig Championships this May bank holiday weekend. 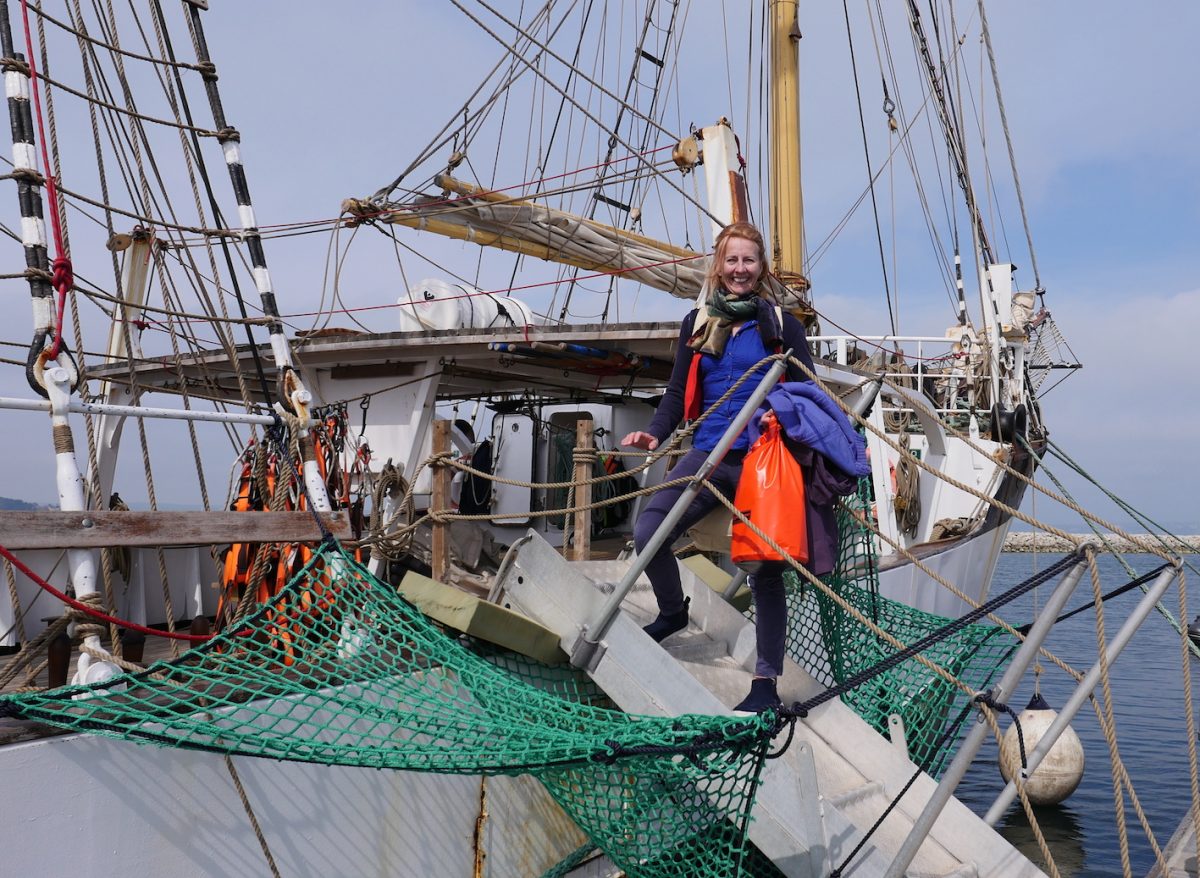 Angel Architecture director Kim Sankey has her first race in the World Pilot Gig Championships on the Isles of Scilly on Friday 3 May.

Kim’s part of the Ladies’ Veteran team for Lyme Regis Gig Club and has been training hard for months. All the Lyme club competitors travelled to Scilly on the tall ship Pelican of London, which will also be their base over the bank holiday weekend.

Kim boarded the Pelican at Portland on Tuesday. The crew set sail for Scilly at 4am on Wednesday 1 May, with arrival in Scilly by midnight the same day.

To encourage high standards of architecture and planning.

To stimulate interest in and care for the history, environment and architecture.

To seek to secure the preservation, protection, development and improvement of features of historic and public interest.

Our aim is to make buildings joyful to live in. We want them to be places that contribute to your wellbeing. This also means reducing the amount of energy they use.

We work with everyone, and particularly enjoy helping clients who share our faith-based values.

We are an architectural and historic buildings consultancy covering West Dorset, East Devon and South Somerset.

Caring for old buildings is a fascinating privilege. We enjoy finding sympathetic and realistic solutions so that owners can enjoy their properties while conserving them for future generations.

Angel Architecture has the professional knowledge needed to repair, alter and extend all types of older buildings, as well as new buildings set in sensitive historic contexts.

We listen carefully to our clients’ needs and take timescales and budgets very seriously. We believe the key to delivering successful projects is to work collaboratively with all stakeholders, enabling them to make positive changes to historic buildings and areas.

Proud to say that the huge project we've been working on for nearly two years near Charmouth is finished. This fine Grade II listed Regency house was in need of complete repair and renovation. It now provides three flats and a cottage, on the market with @symsam

Our director Kim Sankey is now on #Scilly with @LRgigclub for the World Pilot Gig Championships. Crews sailed there from Portland on @TSPelicanShip. Good luck to Kim and all the Lyme Regis rowers! #wpgc2019